BC Ferries issued an RFP for a Design/Build solution to install a double ramp loading system for the Fast Ferries. The Ramsay Group joined forces with Vancouver Pile Driving, Hebden Engineering and Janox Fluid Power to design and build the floating terminal which, according to most sources, could be the only Ferry loading system that would survive a major earthquake due to its unique floating design. The floating terminal, complete with fendering, double loading ramps and aprons is fully patented. Ramsay Machine Works supplied, fabricated, painted and assembled the fender systems, double ramps, aprons and passenger loading systems. The ramps were assembled into one 330 tonne unit built to the latest S16 Bridge Codes with the upper ramp being an orthotropic deck. The entire ramp was loaded onto a special transporter, taken down the Victoria International Airport runway and loaded onto a barge with the abutment sticking over the barge.Once on site the structure was lowered into the water and installed. 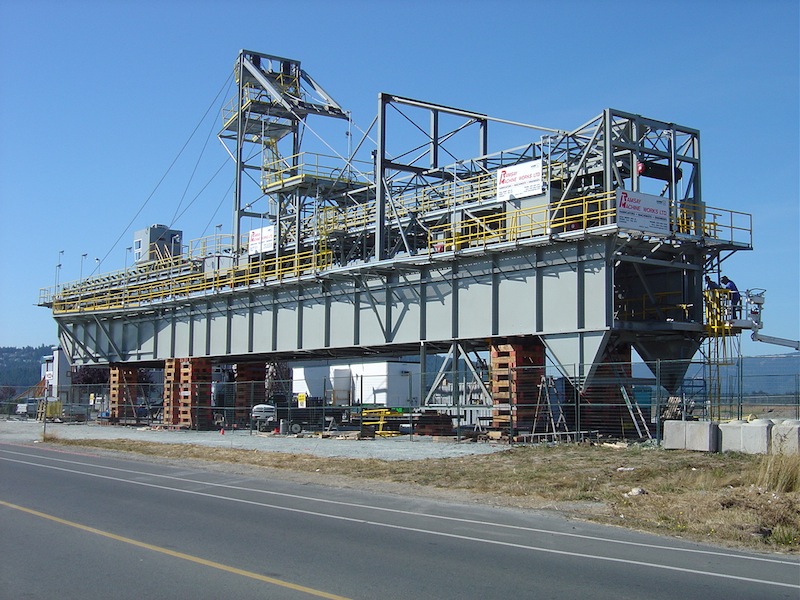 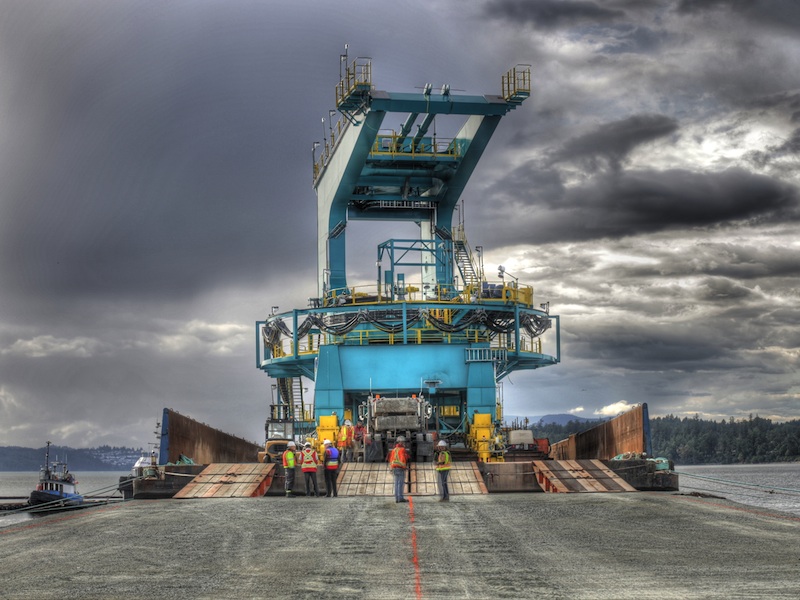 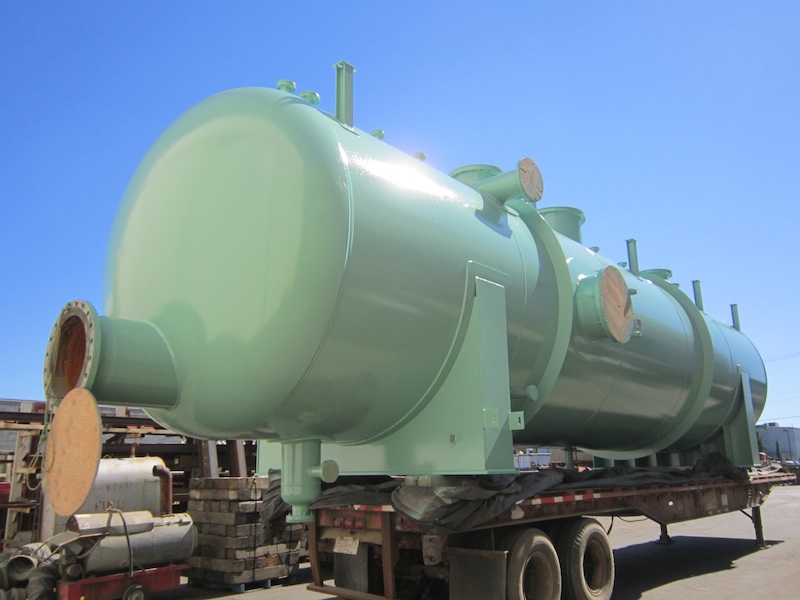 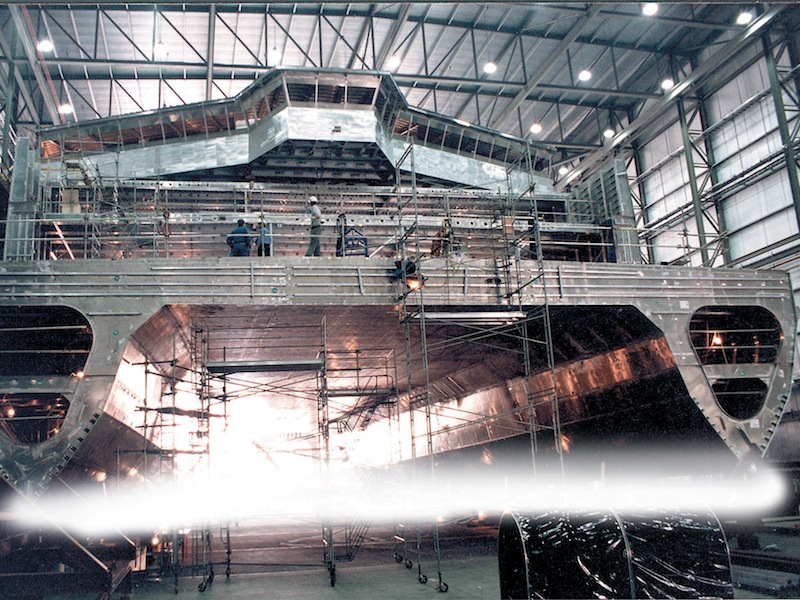