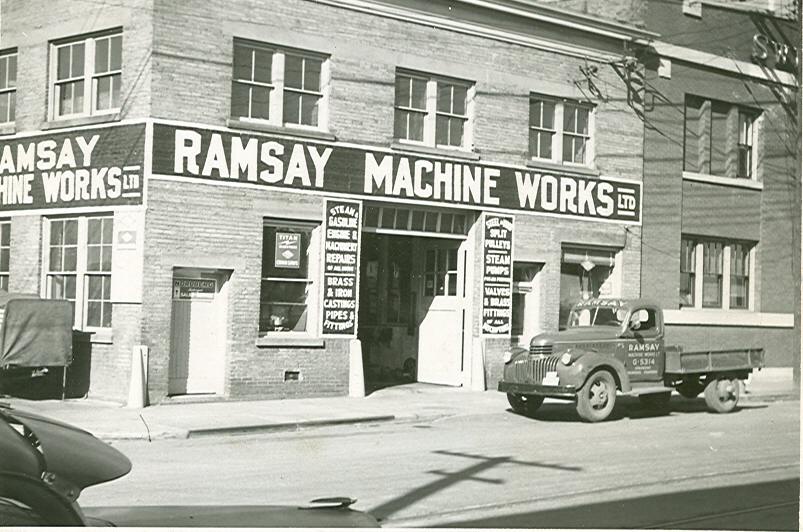 Ramsay Machine Works LTD. is one of the longest established metal fabricators in Canada located in Victoria, British Columbia. The Company has been delivering innovative solutions to its customers for over 110 years. During this time, Ramsay has many world class fabrication projects in a variety of industries including marine, forestry, mining, industrial, oil and gas, as well as many others. Ramsay remains competitive during all these years through a combination of well-supported research and development, superior manufacturing proficiency, an outstanding management team, vital corporate culture, and ongoing collaboration with our valued customers.

Ramsay was founded by George Dyer Ramsay, in 1903, at a location in the lower 500 block of Johnston Street. In 1912 George relocated to 1630 Store Street. The plant, including machines and equipment, was driven by 30 horse power electric motors connected to a series of line shafts and belts which turned all the equipment including large lathes, boring, planning, and shaping machines.  The plant contained the latest equipment and there were few classes of machine work that could not be undertaken.  The last belt driven machines were replaced in the late 1960’s.

The majority of the work performed in the early days was for the marine and forest industry. Work included building special machinery such as winches, steam capstans, boilers, pumps and furnishing equipment for ships, tugs, freighters, logging and sawmills. A number of former rumrunner captains have told historians stories of having work done by Ramsay Machine Works Ltd.

Hugh Lauder Ramsay 1898 – 1988 (George’s son) took over the plant in 1928.  Lauder served his machinist apprenticeship following the First World War.  Lauder presided over the company until 1978.  Hugh Dyer Ramsay (Lauder’s son) was involved in the business before the second world war and after the war until 1959, when he moved on to establish a long and successful career with Finning Tractor Co. Ltd.  When Lauder retired, he passed the company reigns to Gregory Hugh Paul Ramsay (President) and Fraser Michael Dyer Ramsay (Vice-President) (Hugh’s sons).

In 1990, the decision was made, in order to be competitive; the company would be forced to relocate, as we had long since outgrown the building purchased in 1912. Ramsay Machine Works purchased property in Sidney that would allow us to ship directly from our front doors, via ocean and air, to anywhere in the world.  Hugh Ramsay (retired) oversaw the construction of the new facilities where we would be given the opportunity to maximize our capabilities and increase our access to global markets. The risk was tremendous at a time when most businesses were in the middle of layoffs and restructuring.

In 1993, Deborah Elizabeth Ramsay (Hugh’s daughter), was brought in to the business to look after business development.  In the middle of 1994 we purchased various pieces of Victoria Machine Depot’s equipment. Ramsay Machine Works hired one of VMD’s key personnel, Mike Parfitt. Mike brought extensive knowledge, experience, and contacts with markets in countries Ramsay Machine Works had yet to do business with.  He has played a strategic role in Ramsay’s achieving ASME certification and our growth into the pressure vessel markets.

EMCS Industries, under the direction of Lauder Ramsay in the 1950’s, developed and patented a corrosion and marine growth anti-fouling system.  Today, EMCS Industries designs, builds and distributes impressed current systems and electrolytic water treatment systems through its network of agents that service 18 countries around the world.

Today the company is moving towards a more repeatable product model and adding a large Dealer/Distributor network to help their partner companies take the products to market. 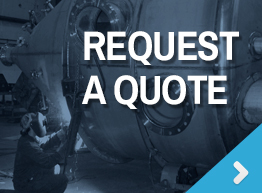